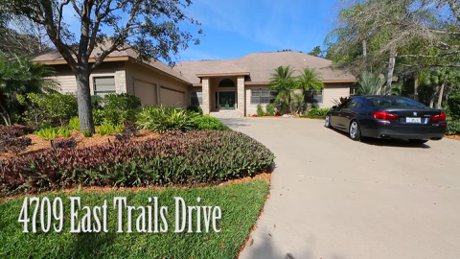 This was a welcomed opportunity marketing this luxury Sarasota home.  Part of the quality equation also relies on the overall appeal the visuals a property can offer in a video.   Spotless in every detail and with loads of upgrades and colors, John knew this home would really showcase quality in the video.  At of the end of the promotion, all prior records had been broken in total impressions, social interactions, and YouTube video watches.  It wasn't too bad that the home went under contract within a week of hitting the market either!

John mentions 35,000 impressions 'so far' because it was an active promotion during production.  It ended up with over 50,000 impressions by the end of the 10 day run.  Wow!

John thinks anyone would be impressed.  What we didn't realize is how much better the following campaign would be on his listing near  The Meadows.  Nearly twice the interaction with slightly fewer impressions.  Our channels are getting stronger as we more followers come on-board targeted in Sarasota.  That means the next home could do better even still.  Maybe that will be YOUR home!

This is the one you have been waiting for! Enjoy the perfect fusion of indoor and outdoor living in this exquisite perfect 4 bedrooms, 3 1/2 bathrooms pool home in a prim...

Elegant home on a lushly landscaped, oversized cul-de-sac lot, one of the largest in this private, gated enclave. This better than new home, built by award-winning Herita...

Seller is under contract on a new home and wants an offer now! Come home to peace, quiet and a feeling of security! Built in 2003 to a more stringent hurricane code, this...

Located in Siesta Cove, one of Siesta Key's finest luxury communities within minutes to the white quartz sand of Siesta Beach, you will find some excellent finishes chose...

Back on the Market with a Price Reduction...Welcome to beautiful Country Club of Sarasota, one of Sarasota's most established guard gated golf course communities. This 20...

Welcome to Ashton Oaks very own "Camillea" model. This 3 bedroom 3 bathroom with den coastal home shows like a model. Upon entering through the 8' double entry doors you ...

VIRTUAL SHOWINGS AVAILABLE UPON REQUEST! Wonderful residence located behind the gates of beautiful Turtle Rock with its miles of scenic trails, meticulously kept up matu...

Located in Corey’s Landing at Longboat Key Club. Privacy and comfort awaits you in this courtyard home. The main living room greets you with volume ceilings, new wide pla... 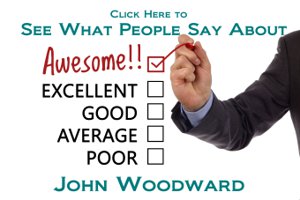 Be sure to see updated statistics and notes about each property mentioned in the video.  There are direct links to verify items where available.

Priced Just Under $200,000
Contract in ONE week of the
Video Release

See What has Sold in YOUR Neighborhood!

Click and select your subdivision.
Yes, it's that easy!

Topics Covered
Take a Look Through the Script

00:00
Pricing and Marketing
Buyers are Educated
Getting on the Internet

01:54
Being Found on the Net
Groundwork for SarasotaOne
Presentation - Out of Town Buyers

05:26
MLS vs John's Video
Founders Club Example
What is Important to Search

08:26
Distribution of Your Listing
Its About Being Found
Leveraging Other Key Activities

10:01
More Buyers - Sales Results
Works with Any Home
Price is Irrelevant to Placement